saturday we went to ralston, an all but ghost town about and hour from here. the sky was sunny, so i used my uv and my polarizing filters together. i used all manual settings, trying to get different kinds of exposures. i had some trouble loading them, so the order is backwards in the album.

we visited the first of two cemeteries at the beginning of our expedition. it was south of town a ways, and not very big. i didnt find it that inspiring, and only managed to get a few shots. the land next to it was being used for hunting apparently, because about twenty or thirty minutes after we got there we heard rifle fire very clearly just to the south. three shots. seemed like a good time to head back into town.

town was clearly vacant, but not dead. there was some traffic passing through . someone came out of one of the buildings to see what we were doing once. a few cars parked here and there, and some activity way down the street. people still live there, with most of the houses obviously occupied. but the storefronts were all closed, and looked like they never opened anymore. there was a little white dog tied up to one of those closed store fronts, with a dish and a bowl of water, and a parked car. but the store door was padlocked. one old saloon front had nothing but vines and open sky behind the boarded up door. sadly, my images of it were too overexposed. there is also a very green saloon front, closed but possibly still a business, that i thought was awesome. i tried to get some shots of some of the stores behind the old windows, that housed what were antique stores – yes, they were antique stores alright. a couple of them had vines and weeds and seedlings growing inside, among the piles of readers digests and old plates on tables all covered in debris. it was hard to get good shots from a realistic point of view, but i kind of like how they turned out anyway.

on the way out of town, just to the west, there was a dirt and gravel road that lead to the second cemetery. it was really old, and some of the headstones were merely rocks. it was kind of on a hill, and way out of the way. no flowers, no flag on the pole – which really looked out of place anyway. some of the graves were marked out with brick outlining the plots. nothing new there at all. it was most inspiring.

all in all i think it was a fine outing.

a couple of weeks ago when the beau set up for the vintage tulsa show, since i wasnt really ready for it, and what i had wasnt really ‘vintage’, i went off down town to shoot some city images, and see what i could get. i still didnt have the uv or polarizing filters, and was still trying to learn how to set the exposure to get what i wanted – which, im finding is highly subjective when aiming for something artistic. just the same i want to learn the basics, before i venture off into the wild unknown …

i have posted my city scapes in the albums.

what do you think?

its raining lightly. the sky is a quiet even gray, the wind is still, and its cool and sweet outside. yesterday was my early friday, when i get to leave work at 1pm, and today is the start of my week vacation. except for wednesday, because one of my coworkers had it scheduled off prior to my asking. still, im happy. im going to go on a picture taking marathon, and im pleased with the diffused lighting provided by this kind of weather. but i have all sorts of ideas i want to try, and i dont need any kind of weather in particular. i can use whatever is at hand.

but for the pleasure of my time off, im happy its cool, misty, and wet. 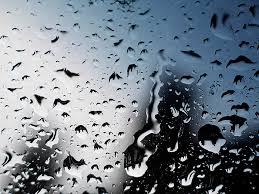 i will be adding most of these trees to my flora gallery by this weekend. i would be delighted to get some feedback on my shots. i didnt have the chance to put any of my photos on the table at the show, which is ok because we made $400 on what the beau had out. i took the opportunity to get some down town shots instead. they will be up next.

they didnt allow cameras. no surprise really. i was only hoping.

they performance was wonderful, however. all three acts had a careening carriage pulled by ‘horses’ that kind of danced, and some of the brides flew through the air on wires. the costumes were beautiful, the sets were awesome, the music was intense. the dancers were most captivating, and i quite lost myself in the story. im so glad we went.

the only downside was how warm it was. at least the air was on in the performance hall. but once everyone was seated and the music began, it warmed up. of course i wore my velvet cape, a Christmas gift from my mother last year that i finally had an occasion to wear. i dont care, im glad i wore it. it would have been nice if more people had dressed up. im no socialite, but its fun to dress up for things. there were a few costumes, a handful of people dressed up, and a lot of jeans. oh well. it is okieland after all. the beau dressed in his black slacks and white shirt, and looked great with his black ponytail. i love being eccentric. i have always been out there on the edge.

it was kind of unique that there seemed to be a full moon on a very clear night, and the clock set back, and it was a saturday, for the last day of october.

well, thats my first ballet. i think there will be more in the future. it would be nice to attend one in a big city. im so tired of here ….