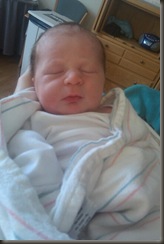 I think his sister likes him.

and his daddy is very pleased indeed. 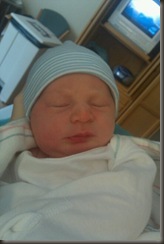 I am very pleased as well!

now more than ever I am looking forward to getting moved. we are finally making some progress – I should say visible, tangible progress. the beau went to the first court hearing to settle the compensation for his leg. this will get our bills paid and caught up. the second date will be set for about two weeks from now. that will be settlement for the main injury on his hand. this will go toward our moving fund. also, a few weeks ago a house right around the corner from us sold for about the same price we are asking for ours, so I know it isnt impossible. obviously somebody was willing to show that house even though it was priced higher than most in this area. obviously the buyers liked what they saw. obviously the same thing can happen here, and will.

I can say with certainty that we will not stay here into the summer months. I don’t care what the economists are saying, or what the housing market looks like. neither of us can take another summer here. its only the first week of april, and already its hot, and its only going to get hotter. the pollen never went away this year. we can wait no longer. if we have to rent, and make payments from the west coast, we will. we are leaving as soon as we have the means.

ah, the road home is finally in view!

this weekend almost started with a bang … literally. evidently whoever built the additional room in our house did not know what they were doing in some areas. there is a gas fireplace on the west wall. we used it during the ice storm when the power was out, and were glad for it. but we didn’t like using it much after that as it wasn’t economical, or effective. we took the gas logs out and burned wood, only using the gas to start the fires.

friday morning we could smell gas in our back yard. by mid morning it was pretty strong, and the beau called the gas company. they sent out a man within ten minutes.

during this last snow, because it was so heavy the piping that connected the fireplace to the gas source either broke, or the joints became compromised, creating quite a gas leak. evidently the lines were not hooked up to code. the gas man was able to turn the gas off to the fireplace without shutting off the rest of the house. a cell call, or the neighbor lighting up in his back yard, could have been the last call for my beau, the dogs, and the cats. I was thanking God for that being diverted!

saturday we set up at the flea market, as usual. I had some of my photography enlarged to 8x10s, and framed in simple glass frames. I sold two for $20 each. I was most pleased! I also have 5x7s unframed for $1 each. some of them have been selling as well. the beau sells his comic books, and ball caps. we did ok. 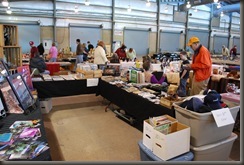 there was an abalone mask at one of the booths. I had wanted it, but had not gotten over to buy it soon enough. when I went over to get it, it was gone. I was disappointed, because I knew it would have been a good item for shooting. monday morning, when I got into my car to go to work, there was a paper sack on the passenger seat. in it, wrapped in dryer sheets – so cute! – was the mask! my valentine’s gift from the beau! I was truly surprised, and pleased. 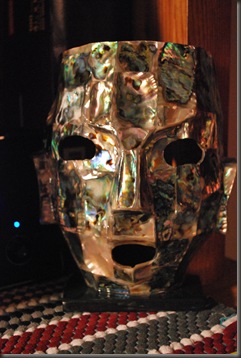 the temperature has gone back up to the 70s, and windy. its sad to have to have the air conditioning on in february. I miss the cold. lady winter is being a tease this year. only makes us want to move the more!

then we ended our contract with this last realtor, as once again she is not getting people into the house to show it. I contend that no one is going to know whether they are willing to pay a little more – if indeed there are only people looking to pay less than I am asking, which isnt so out priced for this area – if they arent ever brought to see it. that’s what made me want this house … seeing it. I could have looked at the asking price, and just said nah. but I wanted to see it first. then I mad my counter offer, and they accepted. but I guess that’s to difficult for the realtors around here. so ptuh! I spit on your real estate companies! the beau is a master salesman. we will sell it ourselves. we will be more aggressive than we were before. and God will bring us that buyer!

the rest of the week has just been business as usual … boring.